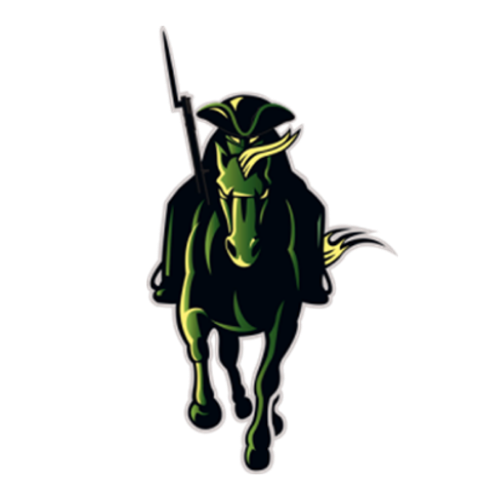 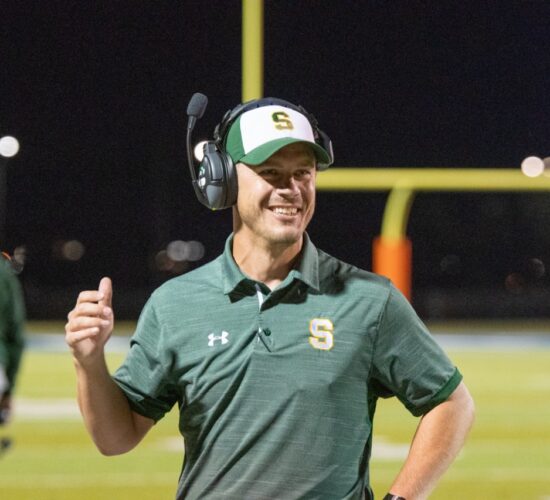 Coach Foster was named the head coach of SMS on May 20, 2021. He is a graduate of Emporia State University where he earned his B.S. in Business Administration as well as his teaching certification. After teaching business classes like Financial Literacy, Web Design, Accounting and Investing for a decade, Coach Foster will be moving to the weight room in the Fall of ’22.

Foster came to South from the staff of Mill Valley High School where he coached the quarterbacks and was a part of back-to-back state championships. He started his coaching career at Waverly High School before coaching at Blue Valley Southwest for 5 years.

Coach Foster grew up in Johnson County before the family moved to Wolfforth, TX (near Lubbock) where he played football and graduated from Frenship High School. His family later moved back to the JoCo area where he chose to also put down roots.

Coach and his wife, Ashley, were married in 2016. They live in Overland Park with their 3-year-old daughter, Finley, and 1-year-old son, Pierce (PJ). 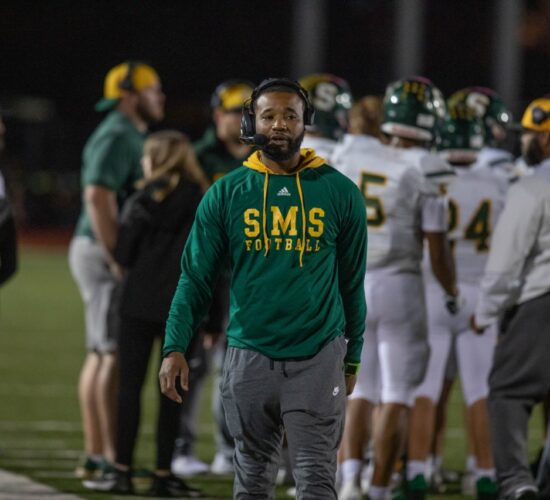 Coach White is entering his 13th year coaching football. White has extensive championship-level experience, as four of his 13 seasons culminated in a state title. Coach White is a graduate of MNU where he played Safety for the Pioneers from 2005 to 2010.

Coach White and his wife Myeesa have three boys: the twins, Jaxon and Maximus (6), and the youngest: Lennix (5).

This will be Coach White’s 2nd season as the Defensive Coordinator for South, and he is very excited about the group he has returning and the opportunity they all have to grow the South Side Defensive brand of football. 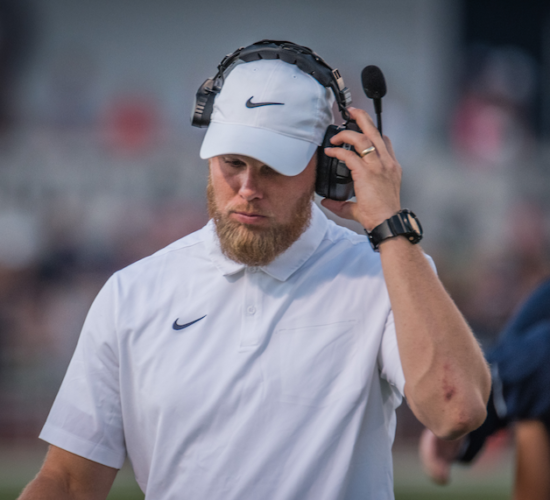 McFall is happily married to his wife Kylie. They reside in Lenexa, KS with their two daughters, Navie (4) and Lennyn (2). 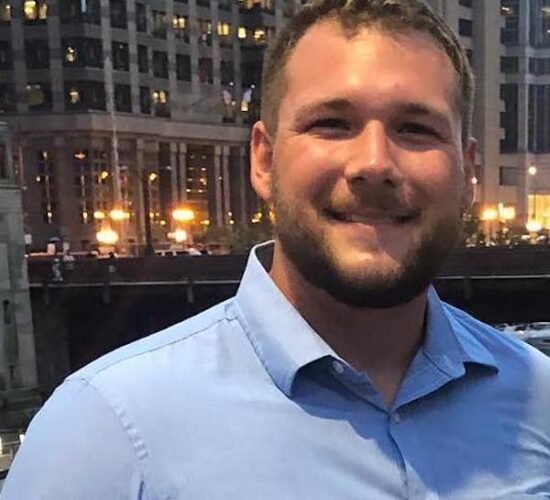 Coach Johannes is returning this year as the Special Teams Coordinator and Offensive Line coach. He graduated from Kansas State University in 2020 with a Bachelor of Education in English Language Arts.

This is Coach Johannes’ 3rd year of coaching and 2nd at Shawnee Mission South. In the classroom, Coach Johannes teaches Sophomore English and Creative Writing (hopefully) in his 2nd full year of teaching.

At home, he and his new wife Jill are proud dog parents of Winston the Golden Retriever. 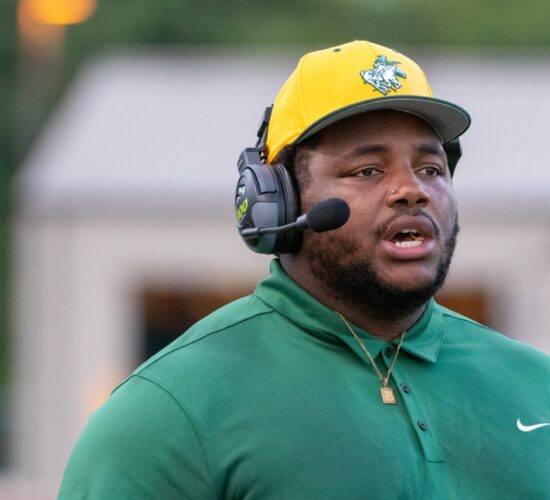 Coach T played football at Hutchinson Community College and Kansas State University where he was named 1st Team All Big 12 and a part of the 2018 CIF Championship team.

During Coach T’s tenure at Mill Valley, he helped the team win 2 State Championships in 2019 and 2020.

Terrale works at South as a Special Education paraprofessional and is looking forward to winning games and turning this program around! 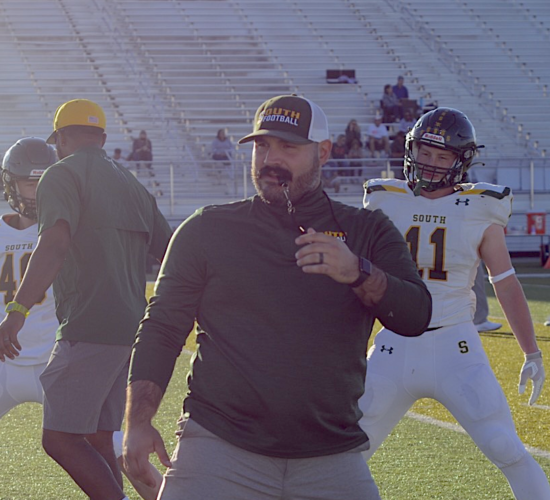 Collin Carter is very excited to begin his second-year coaching football at Shawnee Mission South. Coach Carter attended Johnson County Community College for 2 years before going to Emporia State to get his Bachelor’s degree in Physical Education as well as a minor in coaching.

In May of last year Coach Carter and his amazing wife Amy Hastings welcomed their first child, Lou, a perfect little girl, into their family. They also have two dogs, Mulder and Mabel. In their free time, they love to watch movies, go watch the Monarchs play, and spend time with their family and friends. Coach Carter is looking forward to coaching a new position this fall and is excited to continue watching these young athletes mature and grow up. Go ‘Ders 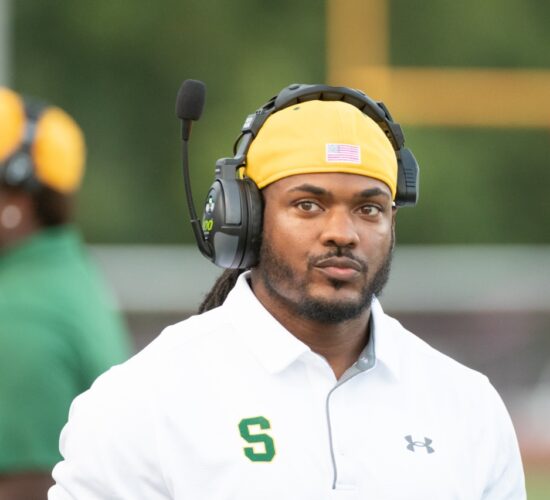 William Griffin is from Kansas City, Missouri and graduated from Grandview High School. He played college football at Pitt State and MidAmerican Nazarene University where he graduated with a B.A. in Sports Management Education.

He and his wife Shawntae Griffin have 3 kids: Jasmyn: 20, Kobe: 11, and Kayson: 5. Coach Griffin is looking forward to being around the boys again and continuing to helping them become young men on and off the field. 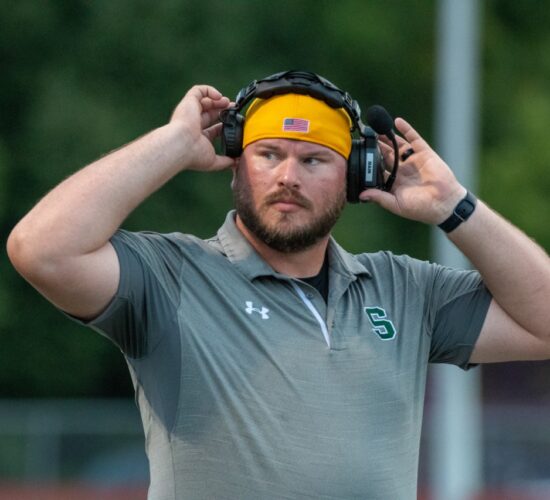 Coach Kennard graduated from Pittsburg State University with a Bachelor’s degree in communications in 2012 and a Bachelor’s degree in physical education in 2016. Kennard was on the Pitt State football team from 2007 through 2009 primarily as a defensive lineman. He is also a graduate of Shawnee Mission South where he played football and track. Coach Kennard enjoys working as a physical education teacher and coaching at his former high school.

Coach Kennard met his wife, Nicole, in 2016 at Pitt State in class during their last semester. They married in 2019 and currently live in Gardner. They have two dogs, a cat, and no kids (yet). Whenever they can, the Kennards like to go fishing at a few fishing spots near their house.

For the 2022 season, Coach Kennard is looking forward to changing sides of the ball and working with the defense. He has been on the offensive side for the majority of his coaching career but is excited to move to the defense where his passion is. 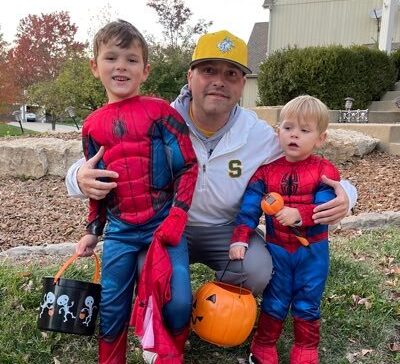 Coach “Kibby” was an all EKL linebacker at Blue Valley North High School. He went on to receive his undergraduate degree in History from the University of Kansas and then earned his Master’s Degree in Secondary Special Education from Pittsburg State University.

Chris has been coaching football for 11 years with time at Lawrence Free State and the last 6 years at Shawnee Mission South. He works as a Special Education Teacher at SMS.

Coach Kibby is looking forward to getting back to a winning culture and working towards a State Championship. 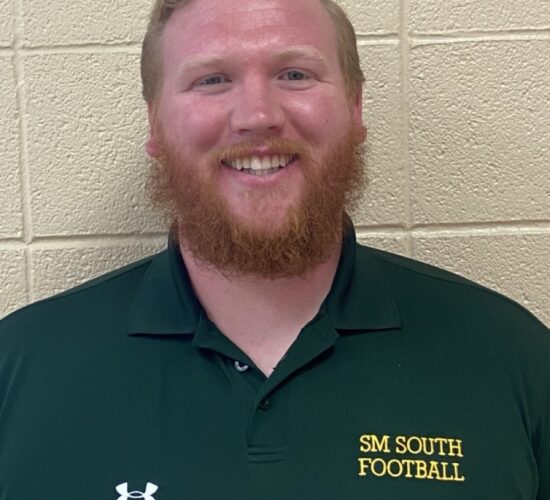 Damon Gebhardt earned his Bachelor of Arts in History and Religious Studies as well as his Certification in Secondary Education from Baker University. While at Baker, he started for two years on the Baker University Football Team.

This is Coach Gebhardt’s second year coaching at South, as well as his second year teaching social studies in the building. Damon lives in Lawrence with his fiancé Elizabeth and their dog Baker.

This season Gebhardt is looking forward to continuing the traditions we are building here at Shawnee Mission South Football. 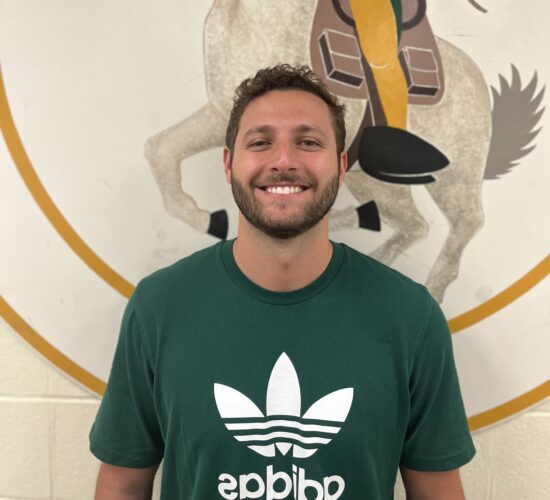 Following graduation, coach Bromley worked and coached at Maize South High School for two years. He will be joining the football staff and coaching on the Freshmen Football Team as the skills position coach on offense and defense. 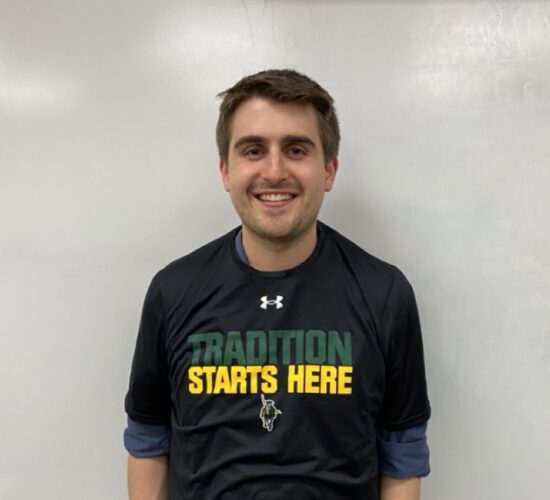 Coach McCally is originally from Ottawa, KS. After graduating from Ottawa High School, he attended the University of Kansas and graduated with a degree in Secondary Education with a concentration in history and government.

While this will be McCally’s first year on the coaching staff, he has been coaching and officiating sports for years and learned a lot while helping young children learn how to compete.

In June of 2019, Jackson and Kyra got married and began to put down roots in Lawrence, KS. They attend Redemption Hill Church where they serve in the youth ministry. The couple’s goal is to travel around the world and be immersed in different cultures to see how other people live. Jackson also enjoys golfing as it a great way to spend time with friends and family.

Coach McCally looks forward to getting to know the players and seeing how they grow on and off the field. He is so excited to be a part of the program and is ready to rock and roll! Go Raiders!